Andros (Greek: Άνδρος) is the northernmost island of the Greek Cyclades archipelago, approximately 10 km (6 mi) south east of Euboea, and about 3 km (2 mi) north of Tinos. It is nearly 40 km (25 mi) long, and its greatest breadth is 16 km (10 mi). Its surface is for the most part mountainous, with many fruitful and well-watered valleys. The municipality, which includes the island Andros and several small, uninhabited islands, has an area of 380.041 km2 (146.735 sq mi).[1] The largest towns are Andros (town), Gavrio, Batsi, and Ormos Korthiou.

The island is famous for its Sariza spring at Apoikia where the water comes out of a lionhead. Palaeopolis, the ancient capital, was built into a steep hillside, and the breakwater of its harbor can still be seen underwater. Andros also offers great hiking options for activity diggers. Wikipedia 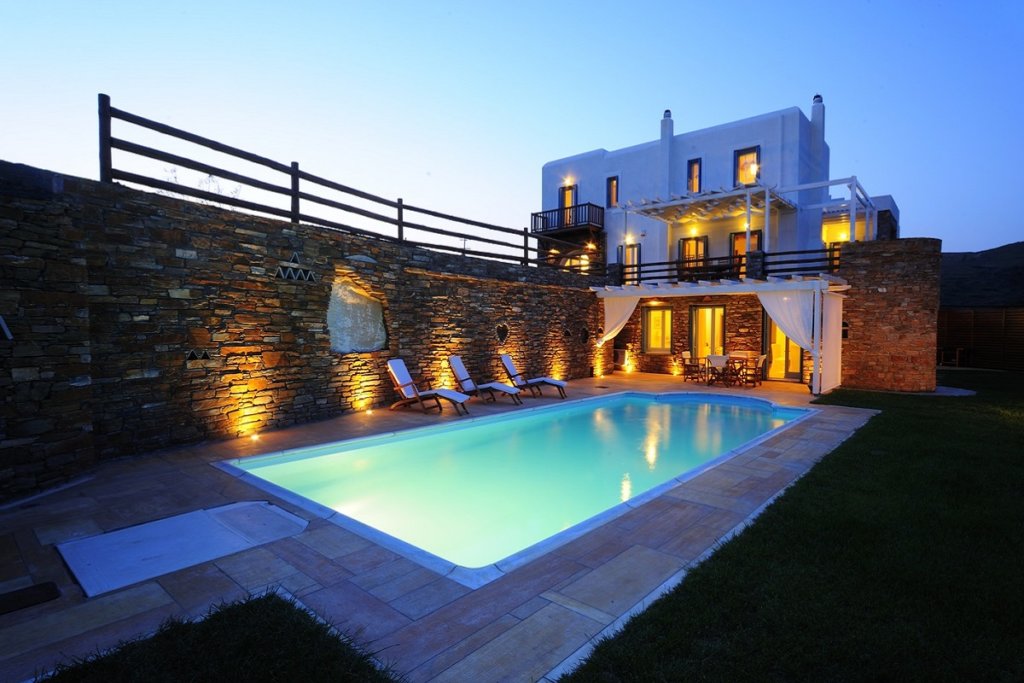 Villa Areias is one of the three luxurious residences of Villas complex in Kato Fellos, Andros Island in Greece. The villa of approximately… 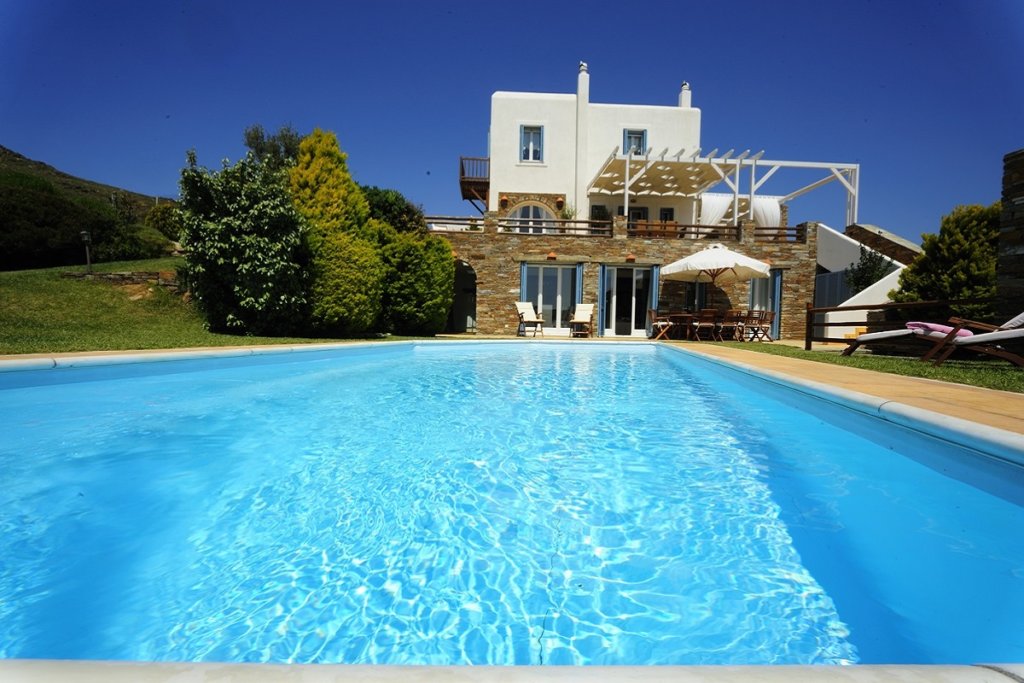 Luxury villa Amomi with breathtaking view to Fellos bay and the green valley shaped between the mountains, extends into three levels, can… 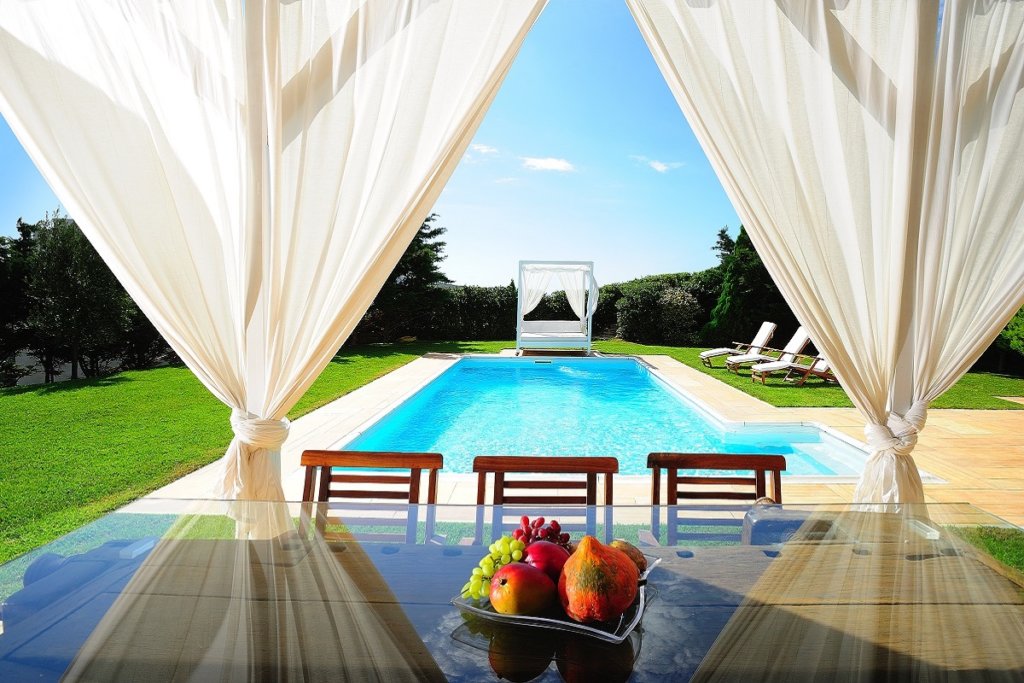 Luxury villa Apeirogamos with breathtaking view to Fellos bay and the green valley shaped between the mountains, extends into three levels, can…