The islet of Antíparos, lying southwest of Paros, is ideal for a relaxed and serene holiday and can easily be reached from Poúnda or Parikía by boat.

The ancient name of Antíparos was Oliaros. A major Neolithic settlement has been unearthed at the neighbouring islet of Saliagos and it is considered to be the oldest in Cyclades.

Hóra (Town) of Antíparos has been built around a 15th century Venetian castle. The stone-paved streets, the whitewashed alleys, the houses decorated with thriving pink and purple bougainvilleas and the central square with its shadowy eucalyptus trees create an enchanting atmosphere.

The cave of Antíparos is located on Ayios Ioánnis Hill, and it is famous for its marvellous stalagmite and stalactite formations; here, you will find the oldest stalagmite in Europe! According to an ancient inscription, one of the cave’s visitors was Archilochos the Parian, a great lyric poet of the antiquity. The cave is 90 m. deep, 50 m. wide and 40 m. high, and consists of three chambers. The chapel of Ai Giannis Spiliotis “welcomes” the visitor at the cave’s entrance.

Antiparos is a small island in the southern Aegean, at the heart of the Cyclades, which is less than one nautical mile from Paros, the port to which it is connected with a local ferry. Wikipedia 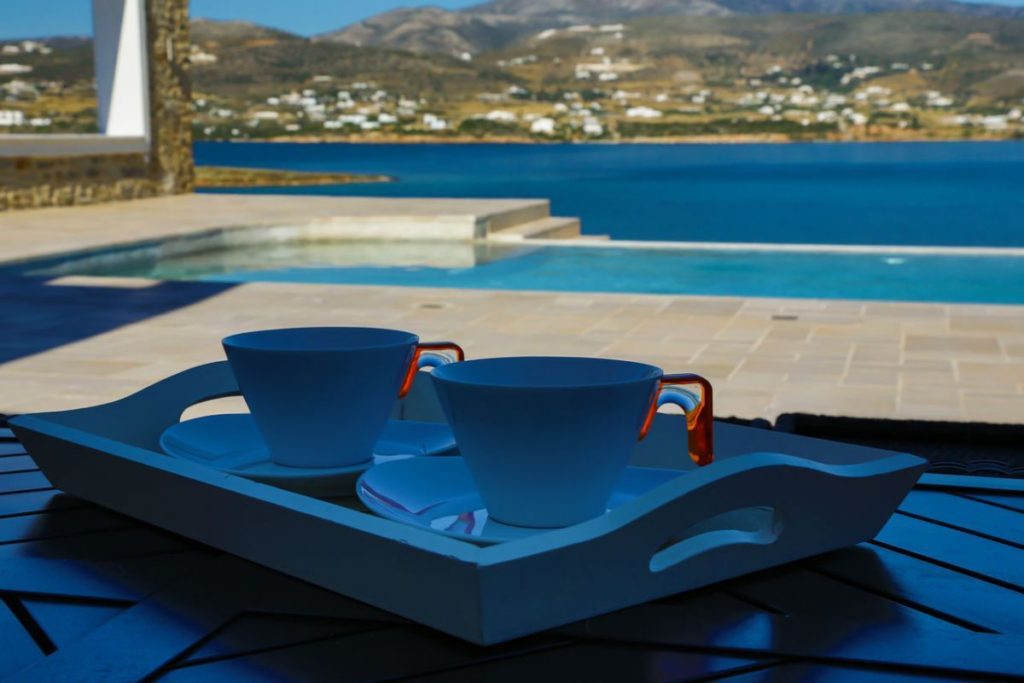