Hydra, built in the shape of an amphitheatre on a slope overlooking the Argosaronic gulf, is one of the most romantic destinations in Greece. Traditional stone mansions, narrow cobblestoned streets, secluded squares and above all the banning of cars and the use of around 500 donkeys as means of public transportation, explain the reason why Hydra preserved its distinctive atmosphere through the passage of time. The island experienced exceptional economic growth in the past thanks to its great naval and commercial activity. The Hydriots contributed significantly also to the 1821 War of Independence as their powerful fleet participated in crucial sea battles. It is rather impressive the fact that such a tiny island is the birthplace of five Greek Prime Ministers!

Lavish stone mansions owned by important families (Voulgaris, Kountouriotis, Tombazis, Kriezis, Bountouris etc), and built by Italian artisans reveal the wealth that experienced the island in the past. Today most of these mansions house the island’s museums. 300 churches and 6 monasteries spread around the island as well as the cannons and the statues of the Independence War heroes still standing at the balconies of the islands create a romantic mosaic.

Hydra is one of the Saronic Islands of Greece, located in the Aegean Sea between the Saronic Gulf and the Argolic Gulf. It is separated from the Peloponnese by a narrow strip of water. Wikipedia 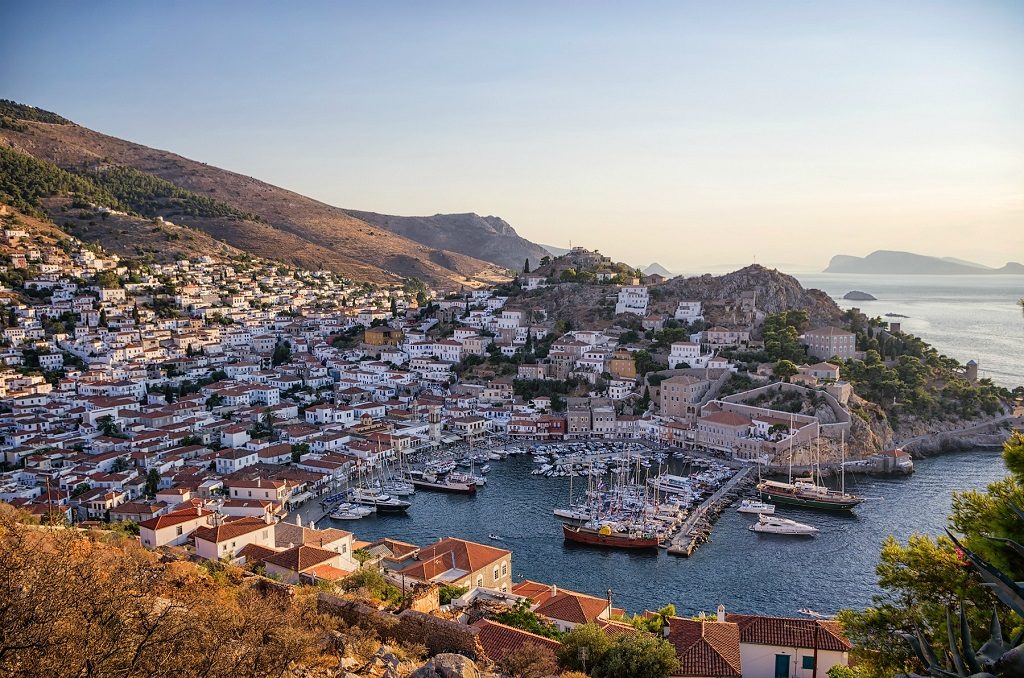