Ios means “flower”. Did you know that?

Íos or Niós, as the locals call it, is one of the most beautiful islands of the Cyclades, like a flower, as its name “Ion” denotes. According to the ancient tradition, Íos was the homeland of Homer’s mother and the final resting place of the great epic poet.

Find out!
Upon reaching the island, the view before you is enchanting: as pretty as a picture, Hóra lies very close to the harbour in Ormos and greets the travellers, built in an amphitheatre-like manner on the slope of a hill, on the top of which there are ruins of a mediaeval castle. This is a listed traditional village, one of the finest examples of Cycladic architecture. Snow-white little houses, picturesque arcade-covered alleys (“stiyádia”), the twelve windmills, churches with arched belfries and light blue domes create a unique residential area. Hóra’s sheltered alleys is the “stage” where Koúnia, an ancient local custom is performed every May, as follows: young men make swings for young ladies who rock themselves while listening to traditional love songs being sung to them in the form of a dialogue.

The most important of Íos’ 365 churches is Panayia Gremiótissa, standing on Hóra’s highest spot. It is built literally on the edge of a cliff, affording an amazing view of the open sea. This place is the centre of one of the biggest religious feasts on the island, taking place on August 15, and involving a procession in Hóra with the icon of the Mother of God placed at the forefront. Later on, a traditional festival takes place with local island-style singing and dancing till dawn!

Ios is a Greek island in the Cyclades group in the Aegean Sea. Ios is a hilly island with cliffs down to the sea on most sides, situated halfway between Naxos and Santorini. Wikipedia 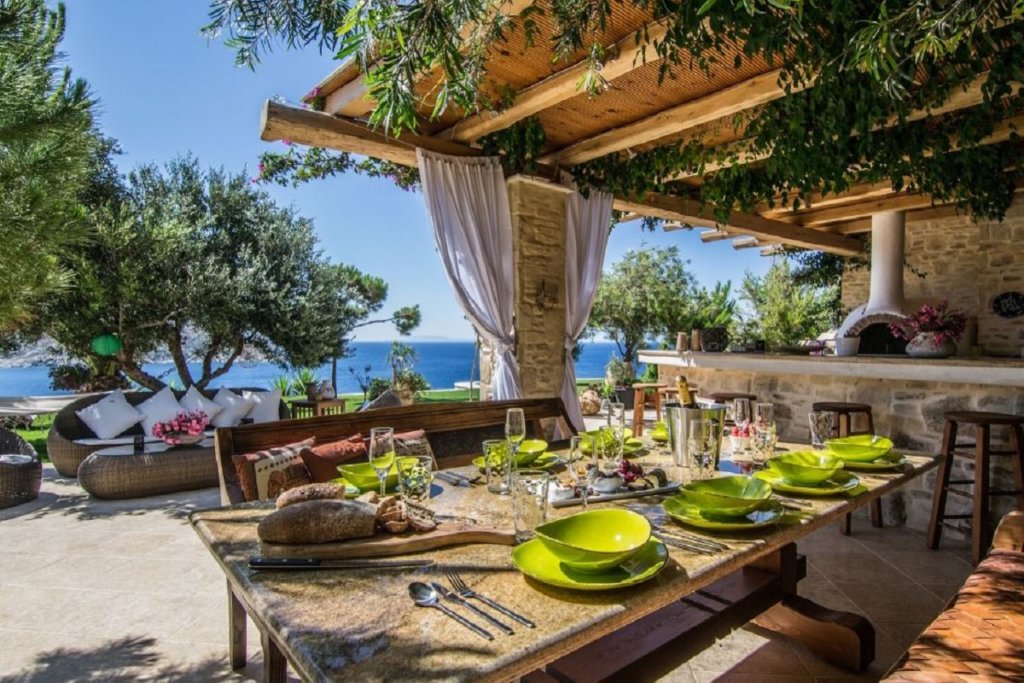 Indulge in luxury and laze by the infinity pool, watching the white boats sail within the deep blue of the Mediterranean Sea…