Due to its proximity to Attica, Kéa (also called “Tzia”) is an easily accessible beauty with a scenery variety: steep mountains, small fields, olive groves, vineyards, valleys, picturesque coves, exciting hiking trails and off-the-beaten-track beaches. On the island with the largest oak forest in the Cyclades bird-watching is a real delight. For those who are into geology, there are plenty of small caves (like in Kálamos and in Áyios Timótheos). 36 km long cobbled trails will lead you to the four city-states of the ancient times: Ioulis, Karthaia, Koressia, Poiessa).

Situated in the centre of the island, at the site of the ancient city-state by the same name, the capital of Kéa (or Tziá), Ioulis, is a very picturesque town with ceramic-tile roofed houses, cobbled streets, arched passages, steps and squares.

Kea, or Tzia, is a Greek island in the Aegean Sea’s Cyclades archipelago, characterized by hilly countryside and quiet beaches. In the island’s capital, Ioulida or Ioulis, the Archaeological Museum of Kea houses locally excavated artifacts. The Lion of Kea, an ancient stone carving, is a short hike away. The waters around Kea are home to several shipwrecks, including the Titanic’s sister ship, the Britannic. 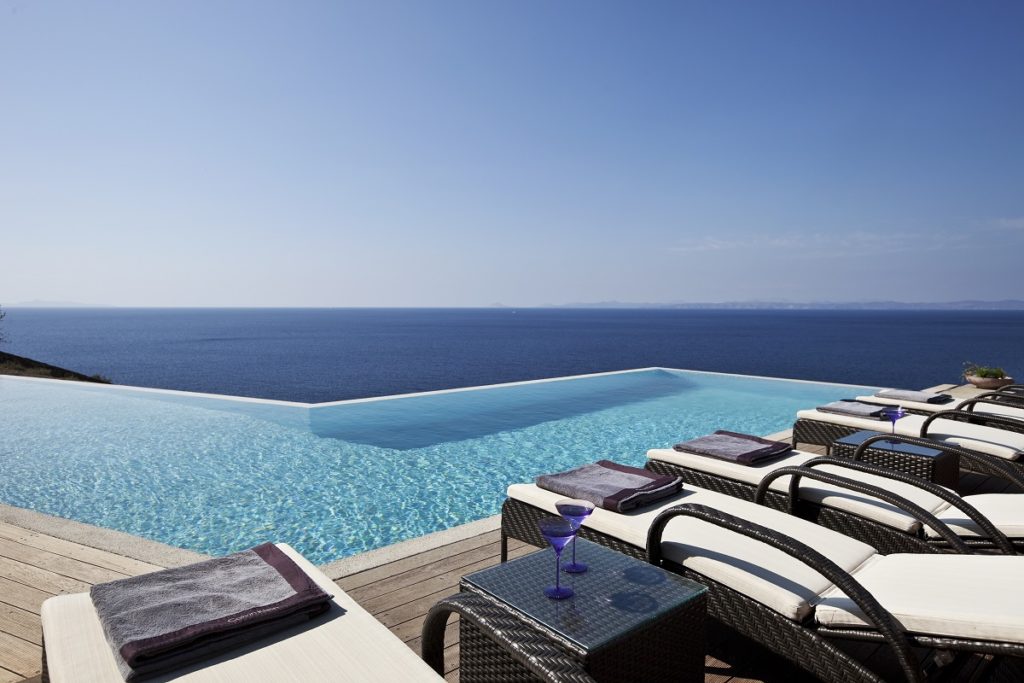 There’s nothing loud about this construct, from the quiet, stone exterior to its hushed, minimalist interiors with clean lines and dark pastel…