Koufonisia is a small group of two islets, E of Naxos and W of Amorgos; these are Pano Koufonisi and Kato Koufonisi, and they are separated by a narrow 200 m. wide strait. They were named Koufonisia [meaning Hollow islands] because of the existing huge caves which gave the impression to pirates who viewed them from a distance that the islands were hollow! At a short distance you will see the deserted Keros island. It has been designated as an archaeological site under protection, as major Cycladic Art finds have been unearthed there many a time.

Out of the two islands, Pano Koufonisi is the only populated one. Koufonisia are a favourite destination for those who seek to relax on their holidays and look for sheltered golden sand beaches, small natural pools of turquoise waters, feasts in the original ‘island way’ and seafood fresh from the sea.

Swimming: On Pano Koufonisi, the best beaches are at Loutro, Parianos, Foinikas, Fanos, Italida, and Pori where you can windsurf as well. On Kato Koufonisi, visit the solitary paradise sandy beaches at Panagia, Detis, and Nero. You can also tour the island by boat (either yours or an excursion boat) and admire the sea caves as well as the nearby islets Glaronisi, Prasoura, Voulgari, Tsouloufi, Lazaros and Megali Plaka; all of them have been designated as areas of great natural beauty.

Must see: The white windmill which stands at the harbour entrance as if welcoming visitors. Chora is further up: a typical Cyclades village with white-washed houses and picturesque alleys. In the centre you will see Agios Georgios church, the island’s patron saint. Rent a bicycle and tour the island following the shoreline. Visit the inland area and hike along the paths from Chora to Pano Meria.

Koufonisia is a former community in the Cyclades, Greece. Since the 2011 local government reform it is part of the municipality Naxos and Lesser Cyclades, of which it is a municipal unit. Wikipedia 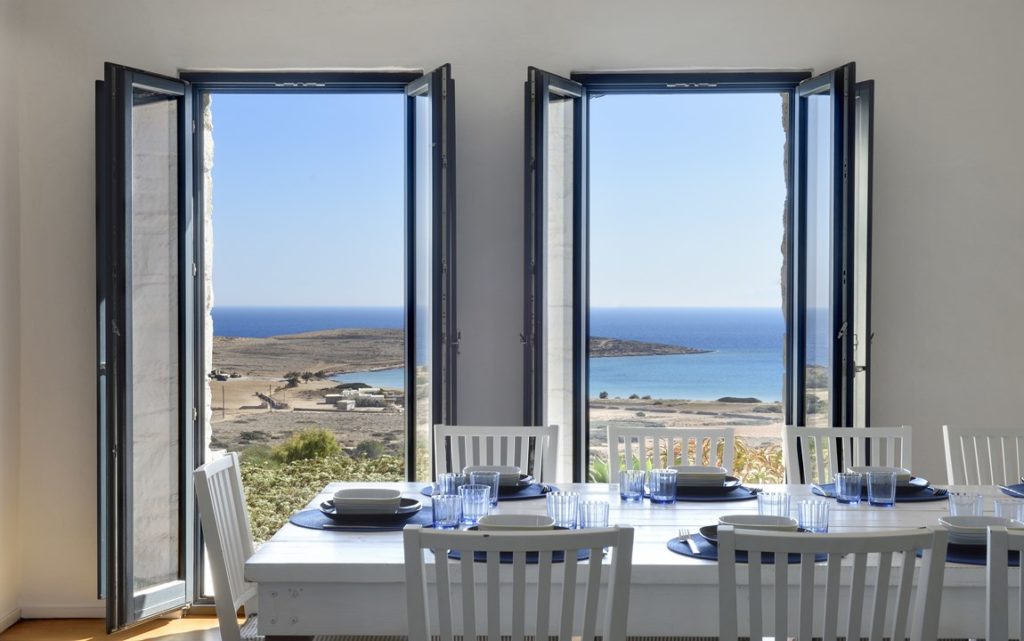