“Big Sweet has this island, virtuous are the faces of people, piles are shaped by melons, peaches, figs and the sea is calm. I looked at the people – never this people have been frightened by earthquakes or by Turks, and their eyes did not burn out.

Here freedom had extinguished the need for freedom, and life spread out as happy sleeping water. And if sometimes was discomposed, never rose tempest. Safety was the first gift of island that I felt as walking around Nàxos.” (N. Kazantzakis, “Report to El.Greko“).

Náxos is the biggest and the greenest island in Cyclades with impressively high mountains, fertile valleys, lush green gorges, stunning seascapes and traditional villages perched high on mountain tops, where the inhabitants still wear their traditional dress and live off the fruits of the land! Náxos is also an island of beautiful old churches, monasteries and Venetian castles coexisting harmoniously with Cycladic cubic houses.

Naxos is a Greek island in the South Aegean, the largest of the Cyclades island group. Its fertile landscape spans mountain villages, ancient ruins and long stretches of beach. The namesake capital (also called Hora or Chora) is a port town filled with whitewashed, cube-shaped houses and medieval Venetian mansions. Kastro, a hilltop castle dating to the 13th century, houses an archaeological museum. 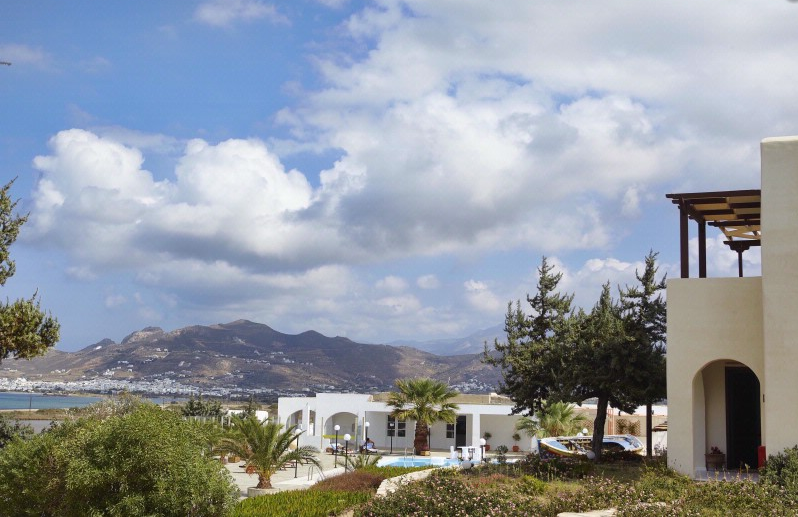