It lies high in the mountains overlooking the Ionian Sea and Lake Vourkaria. The city is thought to have had a population of over 10,000 people.

At nearby Actium, Mark Antony and Cleopatra were defeated in a sea battle by Octavius. According to tradition, the Salt Lake was the savior of Cleopatra, who hid her ships there.

“Luxury Villa Elea” is situated mountain side, just 800m from the warm Ionian Sea, the villa has been designed to incorporate every…

Villa Sirene is part of  4 luxury villas, which are all built at different levels therefore allowing each villa to have their… 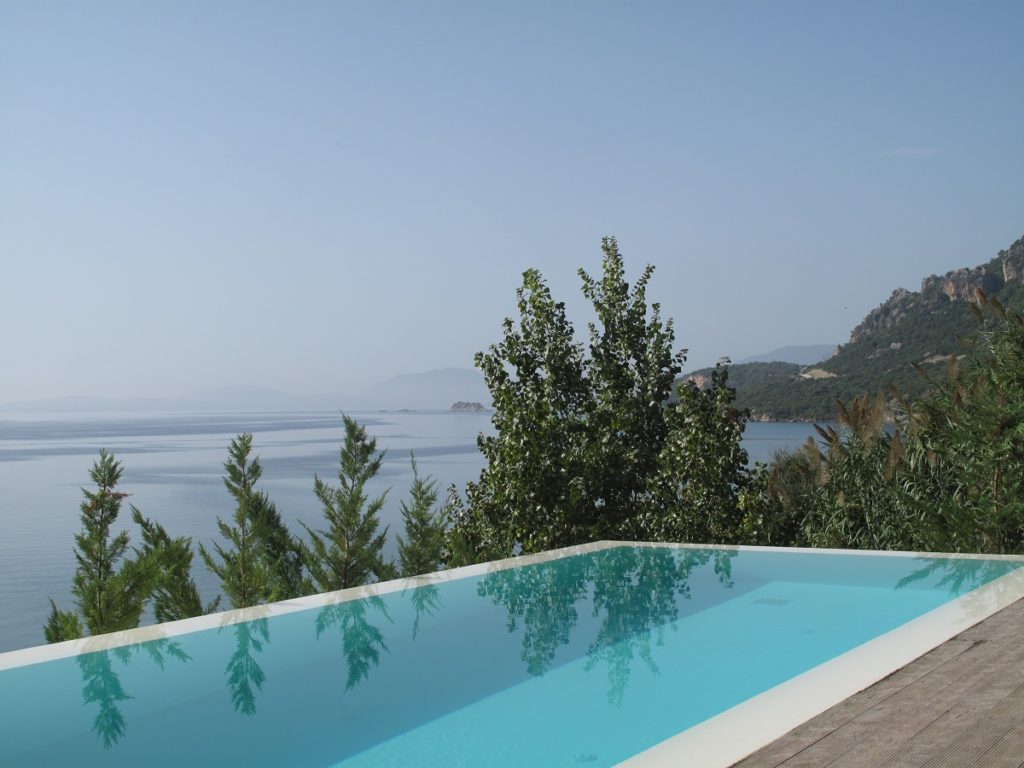 Villa Ino is the subtle statement of pure luxury. South facing, it enjoys the sun from morning to night and a breath…

At Paleros town at 4 Km from the villa there are supermarkets, bank ATM’s, car, bike & boat rentals, several tavernas, cafe,…