Monuments from every period of the eventful Peloponnesian history, great archeological sites such as ancient Olympia, Epidaurus, Mycenae and Tirynth, Byzantine churches, unique settlements and amazing castles, natural beauties such as mountains, forests, rivers and caves surrounded by the sea, beautiful beaches, sandy and smooth coasts on the west – rocky and dentelated on the east, make this part of Greek land ideal for holidays, touring, sports and connecting to the history and culture. It is not accidental that especially during the summer season many tourists arrive in Peloponnese from all over the world to travel around it. Such trip is very popular and well known.

Peloponnese with its gulfs in Korinthos, Patras, Saronic, Messinia, Argolida and Laconia looks like a plane tree leaf and that is why it was formerly called “Morias”. It has dry climate on the east, cold, snow and rich vegetation in its central and mountainous parts and rain and heat on the west.

People settled in Peloponnese from the middle Paleolithic era (circa 100.000 years B.C.). The Greek civilization began during the Copper era and after 2000 B.C. came in the area the First Greeks. Few centuries later, Mycenaeans are the center of Greek world. Excavations verify the legend of Homeric Mycenaean, while the ruins in Pylos match the references for the well known King Nestor’s palace in west Peloponnese.

The Peloponnese or Peloponnesus /ˌpɛləpəˈniːsəs/; Greek: Πελοπόννησος, Pelopónnēsos, is a peninsula and geographic region in southern Greece. It is separated from the central part of the country by the Gulf of Corinth. 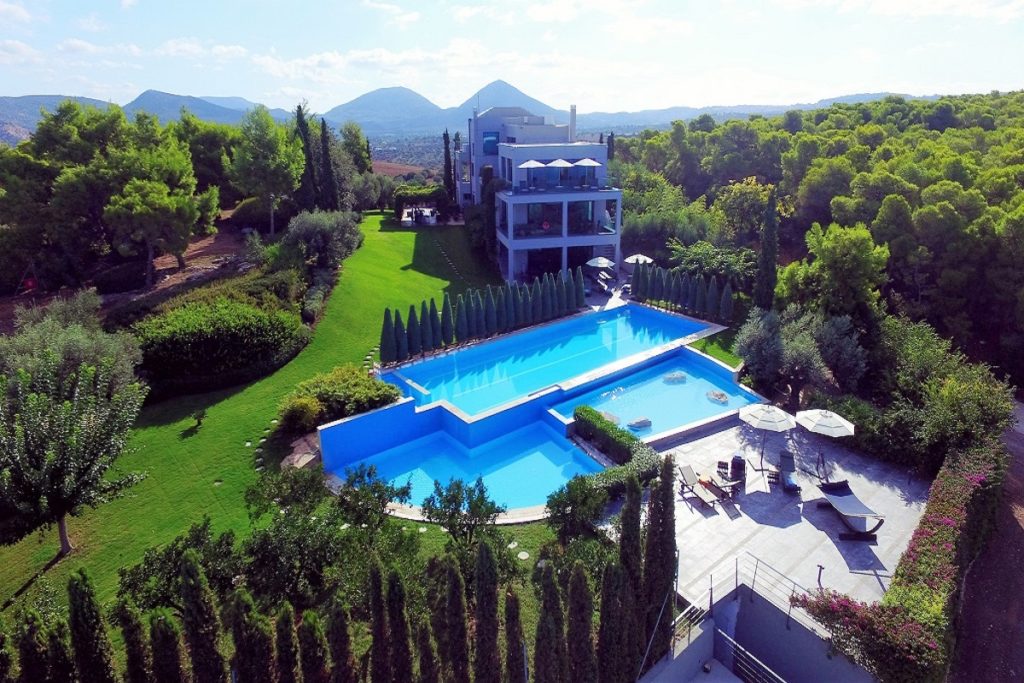