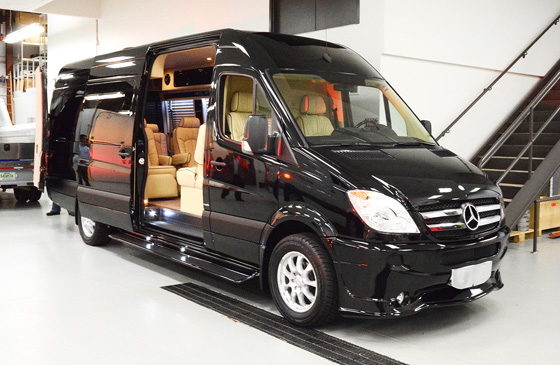 The new Sprinter gets only mild styling updates for 2014, losing the high eyebrows and smiley-face look of the old model in favor of a more menacing, horizontal-themed appearance. LED running lights adorn the new headlights, which bear more than a passing resemblance to the units seen on the company’s luxury cars. The rest of the van’s styling, inside and out, is pretty much unchanged. A version of a 18-passenger minibus,essentially a cargo van with an easily removable second row of seats. “This is our crew-cab pickup,” says Antje Williams, Sprinter marketing manager.