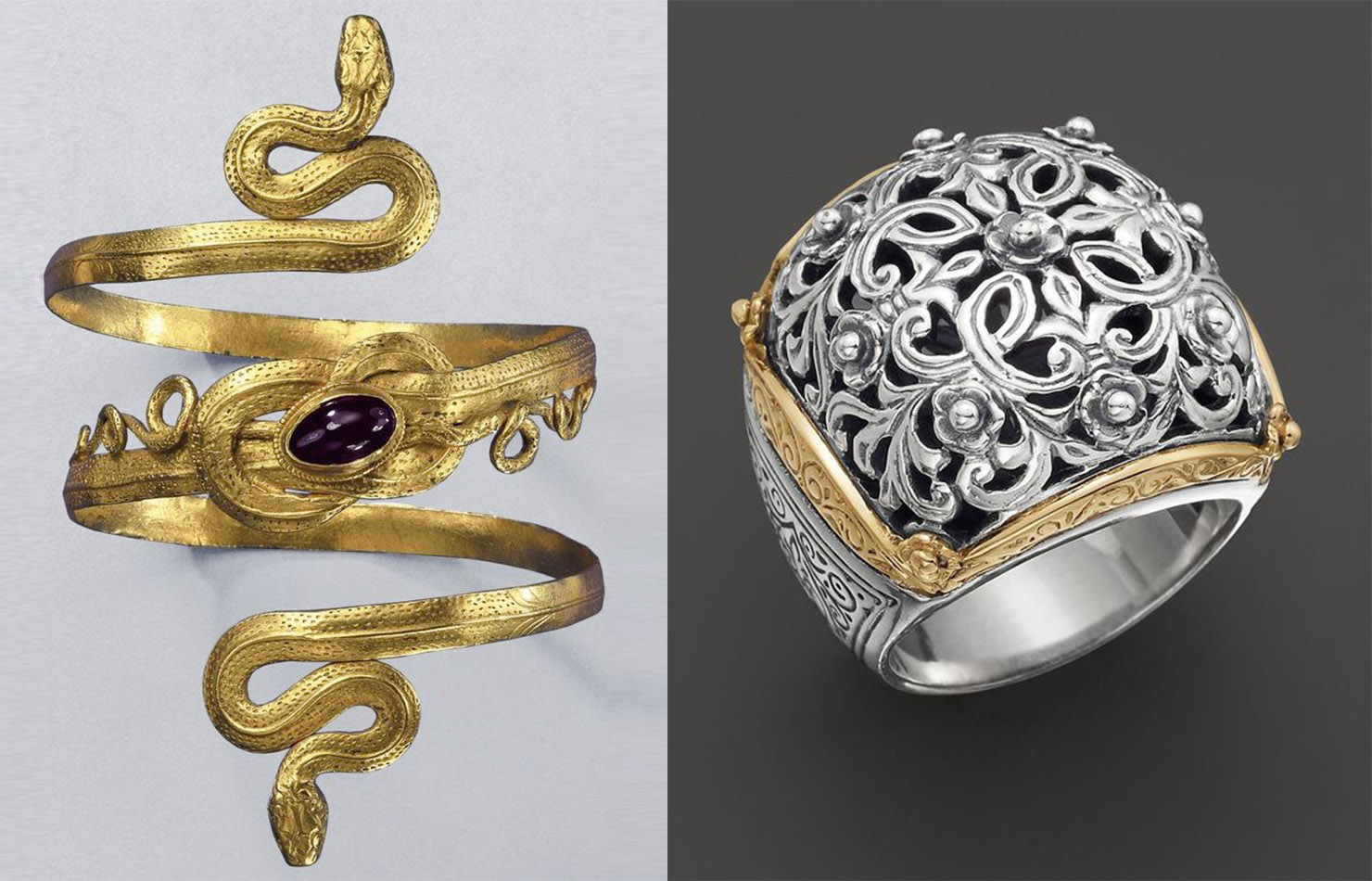 Jewelry played an important role in the cultural evolution of Greece.  Archaeologists claim that jewels were worn by both men and women.  Anyone who could afford them displayed the gold, silver and bronze pieces on themselves.  Jewelry symbolized power, a social status and wealth; it celebrated the gods, and was believed to ward off evil.  Ancient Greek jewelers were inspired by Roman designs of that era, and through them created a characteristic style of their own.  Romans mostly used gems and stones for their pieces, whereas in Greece, gold played the main role.  Despite the centuries of cultural diffusion, Greek jewelry designing has no doubt maintained its authenticity.  Several Greek jewelers today have decided to keep the history alive by continuing to design pieces using delicate ancient techniques, such as hand-hammering, filigree, and granulation.  We are able to offer you a “backstage pass” to view these techniques for yourself.  Take a break from your regular holiday routine, and get to explore history in this unique way.  Enrich your knowledge of the past simply by examining today’s jewelry; each piece has its own story to tell/ portrays its own story.